A NEW STICK, NOSTALGIC AND ALSO AGAIN ALL OF THIS TIME!

The purpose of the newspaper stick is to keep the newspaper complete. While reading, the attachments in particular often get lost and pages are arranged in a different order. In addition, the stick causes the pages to crease less quickly, because the reader must read the newspaper flat on the table. With a newspaper stick every reader is assured of a complete and good looking newspaper!

The appearance of the newspaper stick has also changed over the years. In addition to the nostalgic wooden sticks, the newspaper stick is nowadays available in various RAL colors and materials. It is also possible to provide the handle or the entire pole (depending on the type and material) with your house style or logo. In this way, a nostalgic product is given a modern look, the style of which you decide yourself! 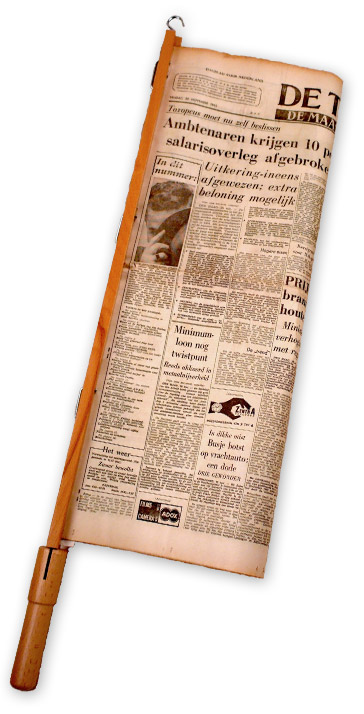